How to Get Thousands More in Social Security Survivor Benefits 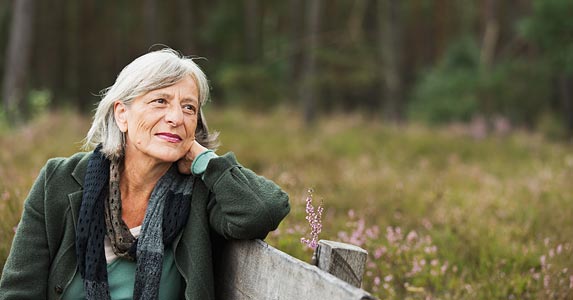 Social Security widow and widower benefit rules are complex. The amount of the Social Security survivor benefits you are entitled to rests on a host of variables including your age, the age of the deceased, and how old your spouse was when they started their benefits.

Let’s look at an example to see how much more you might get by knowing all your options.

Diane is a widow. Her husband, Paul, had passed away at 57 and she is now age 62. She is no longer working – but she had worked for most of her life. Here’s how Social Security works for Diane.

She is eligible for either her own Social Security retirement benefit, or a survivor benefit, which will be based on her deceased husband Paul’s work record.

Just before her 62nd birthday, she went back to her local Social Security office. They told her now that she was 62 she could collect her own retirement benefit amount, which would be $1,791 a month. But they also said if she waited until 66 she could collect a widow benefit based on Paul’s Social Security, which would be $2,706 per month.  (This higher widow benefit is based on the amount Paul would have received if he had lived and filed at his age 66). Technically this information they provided to her was also true.

So, what was the problem with this information given to Diane?

How can she get so much more?

Well, normally when you file for Social Security benefits you are deemed to be filing for all benefits you are eligible for. Diane is eligible for her own retirement benefit or a survivor benefit. It makes sense that the Social Security office will check and see which one will pay her more if she files right now. But, widows and widowers have a very special option – they can file something that I call a restricted application. This means they can CHOOSE to apply for only one benefit type – either their own or the survivor benefit – and that preserves their option to later switch to the other benefit type.

“Whoa,” you might be thinking. This sounds complicated. It is.

Let’s put some numbers to it. At age 60, if Diane would have filed for her survivor benefit she would have gotten $1,767 per month. She didn’t because they told her she could get more by waiting until age 62.

At 62, she can get $2,025 per month as a survivor benefit. When she files, if she restricts her application to only that benefit type, her own retirement benefit remains untouched. Now, she collects $2,025 per month, her survivor benefit amount, plus inflation adjustments, all the way to age 70. At age 70, she files for her own benefit which by then, will be $3,674 per month. Over her 28-year projected life-time using this approach she’ll get a cumulative $823,196 in the equivalent of today’s dollars. (Note – this entire claiming approach with all the numbers is laid out in Chapter 3 on Social Security in the book Control Your Retirement Destiny 2nd Edition.)

And why is her own benefit so much at age 70? Because you get a lot more per month if you wait until age 70 to start benefits. In her case, it works well, because while she is waiting until she is able to collect on the survivor benefit.

Following a claiming plan puts a lot more money in Diane’s pocket over her retirement years.

This is just one example of how knowing the rules can increase your retirement income.

Can’t the Social Security Office Give you Advice?

My best advice is to do your due diligence and reach out to a retirement planning expert if you find yourself in a situation where you are eligible to claim a Social Security widow benefit.

The best way to approach what you can get is by walking through an “If this, then that” scenario. Below we look at several different scenarios you could encounter. These rules apply to anyone who has been married for at least nine months. In these examples, the male spouse passes first because women tend to live longer than men, but the examples apply to both widows and widowers, and same-sex couples.

Let’s look at a few “if/then” scenarios depending on the age of death and age of survivor.

1. Your Spouse Passes Young –  Before Their FRA

2. Your Spouse Passes After Their FRA

One of the unique options available to widows/widowers is the ability to claim a widow/widower benefit and then later switch to your retirement benefit (and vice versa) even if you claim before FRA. Multiple potential claiming strategies should be examined before the surviving spouse decides what’s most sensible.

Because the rules are complex, we use software that evaluates the claiming choices.

*Note – in this article I am using the term “widow benefits” which may also be called widower benefits or survivor benefits.

I cover many more rules, along with examples, in my book Social Security Sense, on Amazon.

« Should I Purchase Long-Term Care Insurance?