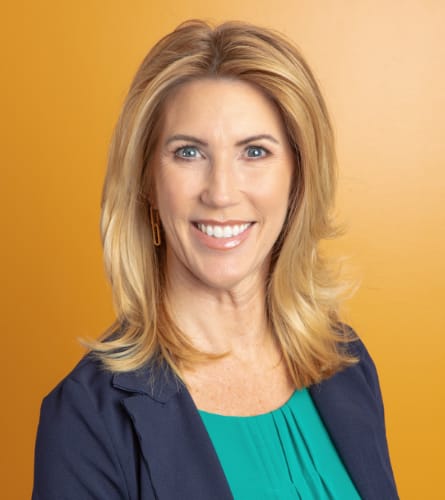 Once retired, you are likely to have less income than during your peak working years. While that implies lower taxes, you’ll likely have multiple sources of income. And that complicates tax payments for those who are used to a single source from their employer. There will be Social Security, required minimum distributions from tax-advantaged retirement accounts, and perhaps cash flow from investments, rental property, pensions, annuities, freelance or part-time work, etc.

Instead of getting a single paycheck with tax withholding done by an employer, many retirees need to make quarterly payments or set up their tax withholding directly from their pensions and IRA distributions.

Because your sources of income will probably be more diverse than when you were working, and each source of income comes with a distinct set of tax rules, taxes in retirement may be more complicated than when you were working. Knowledge of the nuanced rules and the optimal timing of withdrawals will help you pay the least amount possible and avoid any under-withholding penalties. With planning, you can make the best of it and minimize your taxes while enjoying your retirement lifestyle.

If you’re approaching retirement, say five years out, it behooves you to look closely at your future income sources and the amount of taxes you will have to pay in retirement. Then you can budget accurately, plan your withdrawal strategy (what we call “decumulation” planning) and determine if you will need to make regular tax withholding payments. Just that last fact, the prospect of paying quarterly taxes, requires a significant shift in thinking for many.

Let’s look at how taxes apply to the different types of retirement income you may receive.

Initially, Social Security payments weren’t subject to taxes. Today, if Social Security is your only source of income, you won’t pay any taxes either. However, for high-income recipients, up to 85% of benefits received are taxed. So, if you have IRA withdrawals, a pension, or other sources of income in addition to SS, then a portion of your Social Security income is likely to be taxed. A formula determines the final amount that is subject to taxation.

The portion of benefits that are taxed depends on how much income you have in addition to Social Security. The IRS calls this other income “combined income.” Money from pensions, part-time jobs, 401(k)s, investments, rental income, etc., falls into this bucket. For example, retirees with a high monthly pension income will likely pay taxes on 85% of their Social Security benefits.

The IRS provides a tax worksheet where you plug your combined income into a formula to determine the portion of your Social Security benefits that are taxed each year.

So far, we have been talking about federal taxation. State taxes apply too. You may live in one of the 28 states (or Washington, DC) that don’t tax Social Security income, or you may consider moving to one of them – for at least 183 days per year (the “in residence” cut-off) — when the time comes. Keep in mind some states make up for the loss of revenue on income taxes, including those on Social Security benefits, with other taxes, like higher property taxes. Kiplinger offers a great tool to see which states are tax-friendly for retirees.

Once you are 72, you must start withdrawing money from your retirement plan accounts each year. These required distributions must come from ordinary IRAs and 401(k) plans, 403(b) plans, and 457 plans. The government requires you to take the Required Minimum Distribution (RMD), so it can collect taxes on this income. You will pay taxes on retirement account withdrawals, except for Roth IRA withdrawals. You will be subject to stiff penalties if you do not withdraw the required amount each year. For example, the IRS imposes a 50% tax penalty on amounts not properly disbursed from your 401(k) or IRA.

Roth IRAs disbursements are not taxed because you do not receive a tax deduction for the contributions to the Roth. Since the contributions were already taxed, they are not taxed again upon withdrawal. The investment income earned inside a Roth is also tax-free as long as you don’t withdraw it before age 59 1/2, and you must have had the Roth account open for at least five years. Roth IRAs do not have required distributions, so you can let the money grow tax-free for your whole life if you want. Then Roth accounts also pass tax-free to your beneficiaries. (Note: Non-spouse Roth IRA beneficiaries must take required distributions from the Roth accounts after inheriting them.)

Most of the time, benefits from pensions and annuities are fully taxed. As with IRAs and 401(k)s, there’s a simple rule of thumb to predict whether you will have to pay taxes in retirement on pension and annuity income. If the money went into the fund – either by you or your employer — before it was taxed, it will be taxed when you withdraw it. Most pension accounts are funded with pre-tax income, which means the entire amount of your defined annual pension income will be included on your tax return as taxable income each year.

For annuities purchased with after-tax dollars–those not part of an IRA or another retirement account– the type of annuity you own determines how it is taxed. A few examples are below:

Not all retirement income is taxed

You may be asking if every dime you receive during retirement is taxed. The answer is, thankfully, “no.” Not every source of cash flow from investments counts as taxable income. For example, if you own a bank CD that matures in the amount of $10,000, that $10,000 is not taxable income you report on your tax return. However, you would have reported the interest the CD earned each year.

How to pay fewer taxes in retirement

Your tax rate in retirement will depend on your total amount of income and your deductions. To estimate the tax rate, list each type of income and how much will be taxable. Add that up. Then reduce that number by your expected deductions and exemptions. Plug these numbers into an online 1040 tax calculator, which will tell you what your tax rate and total taxes will be.

Everyone’s financial circumstances are different. Paying lower taxes in retirement may be feasible. It takes research or the assistance of a professional retirement planner or tax advisor.

This article is an introduction to tax rules in retirement. Watch our YouTube recording of our Tax Planning for Retirement webinar to learn more. Or listen to Episode 4 of the Control Your Retirement Destiny podcast.